In 2005, the Sioux County Sheriff’s Office purchased a used ambulance from the City of Rock Valley, IA using forfeited drug monies. This unit was refurbished to contain all the specialized equipment needed for rapid deployment to any situation where a mobile command/investigatory situation may exist. This unit, because of its age, had to be taken out of service in 2012.

Since that time the sheriff’s office has desired to add another unit to this fleet. A unit that would be multi-faceted; one that could be used for the following scenarios: major crime scenes; large scale emergencies, such as a drowning, lost or missing persons; in the event the Sioux County Communication Center would have to be evacuated; major disasters, such as a tornado, flood, explosion/fire.

In the summer of 2016 the Sioux County Sheriff’s Office purchased the trailer and tow vehicle from the Sioux Center Ambulance Squad. The unit is already setup up to use for many incidents the sheriff’s office may be involved in. It will primarily be used as an Incident Command Center.

Sheriff Altena said this unit and its equipment will be a very big benefit at critical incidents; ultimately increasing public safety for Sioux County. 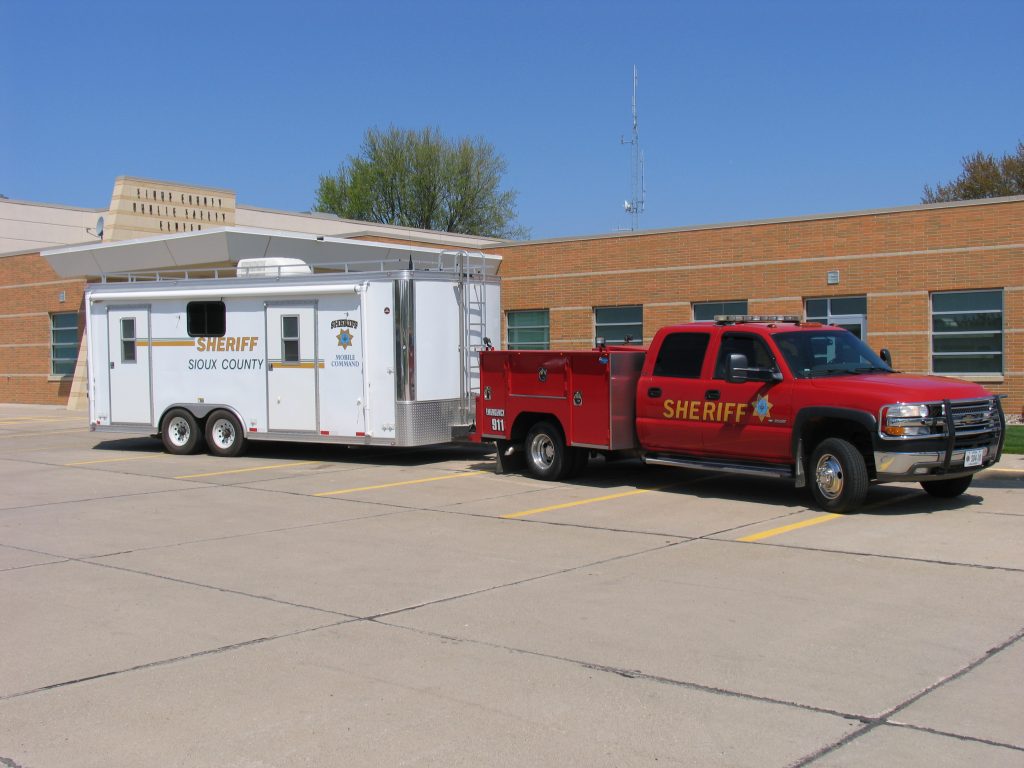