On July 1, 2019 the sheriff's office retired Neiko. Handler, Deputy Tony Reitsma reported that Neiko was no longer able to do the work required for the job. Mostly due to his age. Neiko will continue living with Deputy Reitsma and his family.

The Sioux County Sheriff's Office Canine Unit has its roots with the Northwest Iowa Drug Task Force. In 1991 Deputy Sheriff Gerry Holtrop was named director of the Task Force. This was the initiation of a major emphasis by local law enforcement to fight the war on drugs. In May of 1995 Deputy Holtrop received permission to locate the first ever drug dog for the Sioux County Sheriff's Office. A two year old black Labrador by the name of "Jeb" was purchased.

For ten years Jeb served Sioux County and many other neighboring counties. Jeb was also trained in tracking and assisted in looking for criminals who had fled the scene of a crime.

On May 15, 2005 Jeb developed a medical condition. It was determined that he had a tumor in his lung; he died the following morning. It was a sad day for the Sheriff's Office. He will always be missed.

In June of 2005 Roy Nielsen III, the owner of Revival Animal Health, Inc. in Orange City, IA., approached Sheriff Dan Altena with an idea to initiate a fundraising program for a new drug dog. During the next few months over 100 donations came in with the end result of $22,000 being raised to cover the cost of purchasing new canines for the Sioux County Sheriff's Office. A 13 month old yellow Labrador was purchased. "Molly" and her handler, Deputy Justin DeBruin, made their first public appearance at Kinsey Elementary School in Sioux Center, IA. on May 1, 2006.

Neiko and Molly are used on traffic stops, drug investigations, search warrants, criminal tracking, and lost or missing persons investigations. The sheriff's office also does programs and school searches with their K9 team. 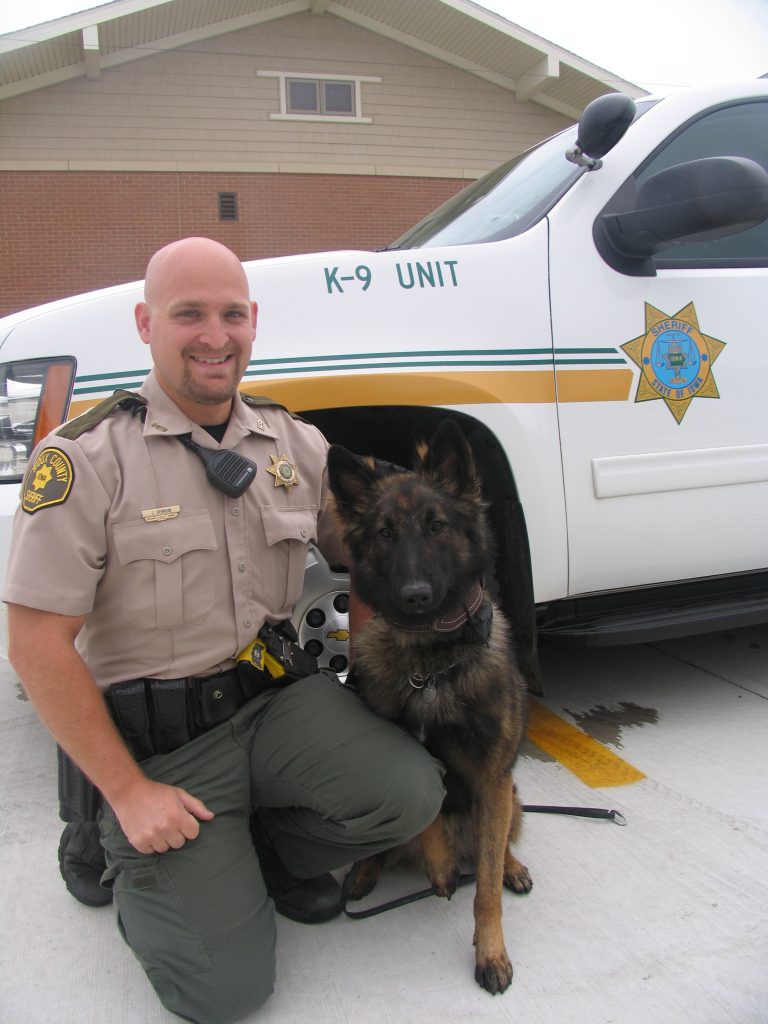 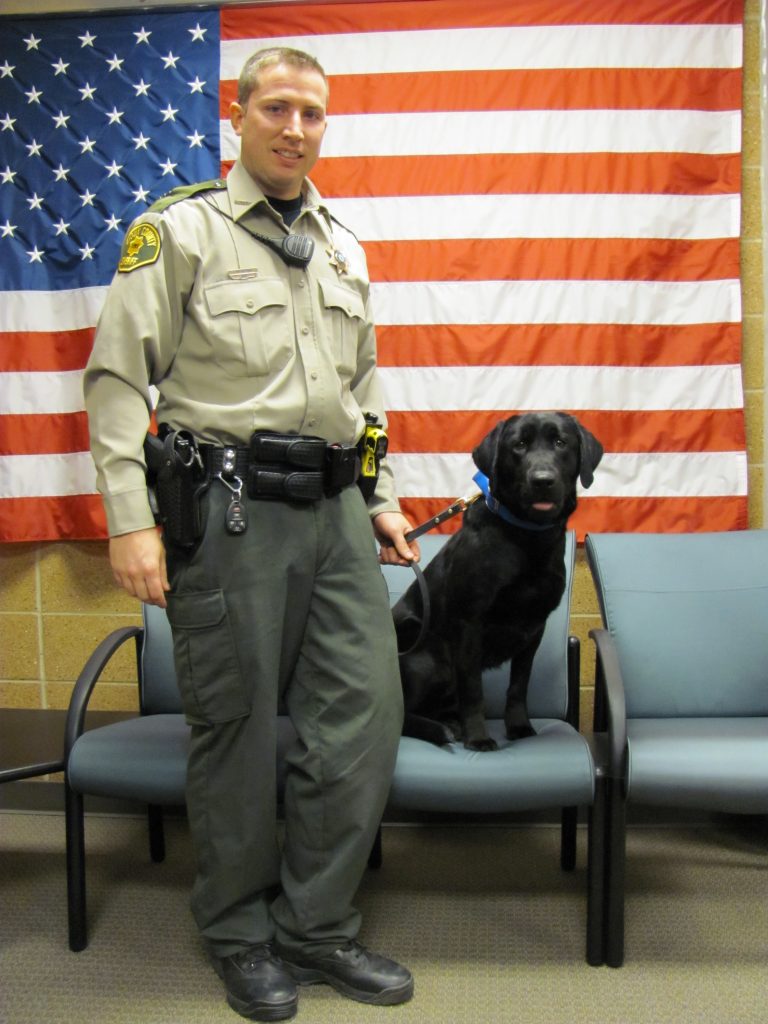 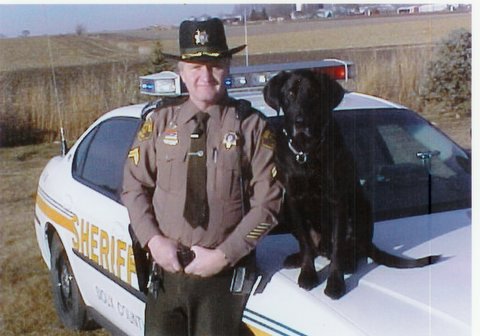 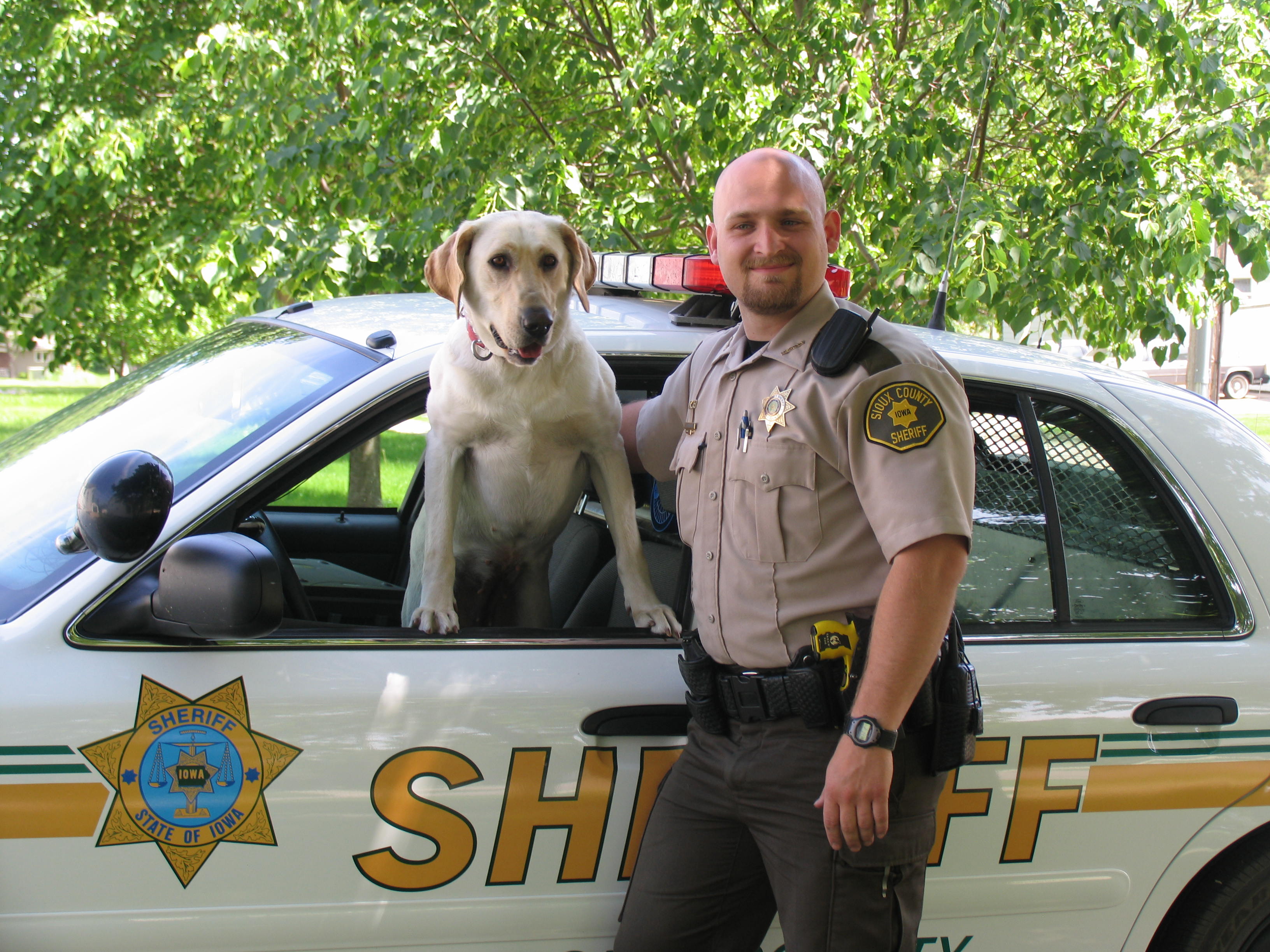