The arrest stemmed from a motorist assist incident where a deputy on patrol saw a vehicle stalled in the westbound lane of 390th Street (County road B-40) just west of Sioux Center, IA; when checking on the vehicle, the deputy found Ramirez inside.

Upon further investigation, the deputy discovered Rigoberto had been driving the vehicle when it stalled and determined his driver’s license was barred, in addition to several other criminal offenses.

Ramirez was transported to the Sioux County Jail where he was charged with driving a motor vehicle while license barred, failure to have SR22 insurance, fraudulent use of registration, possession of a controlled substance, possession of drug paraphernalia and possession of two fictitious ID cards. 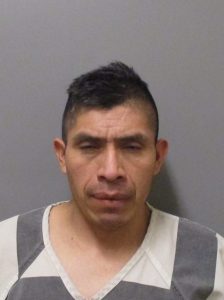