The arrest stemmed from a joint-agency execution of a search warrant between the sheriff’s office and the Sioux Center Police Department, of a residence on 9th Street NE, in Sioux Center.

Roghair was transported to the Sioux County Jail where she was charged with possession of marijuana and possession of drug paraphernalia. 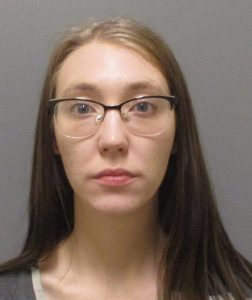