The arrest stemmed from an erratic driving complaint from a motorist who reported that a vehicle, later determined to have been driven by Martin-Martin, was in a ditch one mile northwest of Sioux Center.

Upon further investigation, responding officers located Martin-Martin with his vehicle in the west ditch on Grant Avenue.

The deputy suspected that Martin-Martin was under the influence of alcohol. 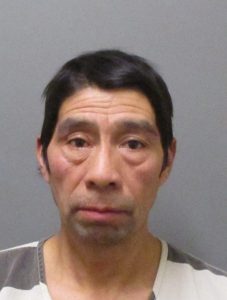