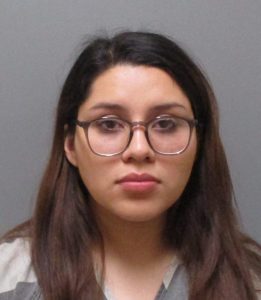 On Saturday, November 5, at 6:24 a.m., the Sioux County Sheriff’s Office investigated a motor vehicle accident that occurred on Harrison Avenue, on the southeast edge of Sioux Center, IA.

Stephanie Jimenez, age 21, of Ireton, IA, was driving a 2012 Ford Focus southbound on Harrison Avenue when she lost control of the vehicle, entered the east ditch, struck a light pole and rolled.

Jimenez was transported by the Sioux Center Ambulance to Sioux Center Health; she was later flown to a hospital in Sioux City, IA, for further treatment of her injuries.

The Ford sustained an estimated $12,000 in damage.

Jimenez was cited for failure to use seatbelt and fail to maintain control of a motor vehicle.