The arrest stemmed from a traffic stop that occurred west of Boyden when the deputy stopped Gonzalez-Arcos swerving while driving.

The deputy discovered a baggie that contained a substance believed to be marijuana inside the vehicle.

Gonzalez-Arcos was transported to the Sioux County Jail and was charged with possession of controlled substance-(Marijuana) second offense. 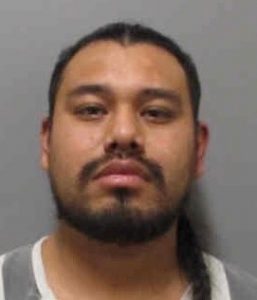