On Tuesday, September 27, at 7:25 a.m., the Sioux County Sheriff’s Office responded to a report of a semi-trailer on fire on Highway 60, one and one-half miles northeast of Alton, IA.

Larry Krogman, age 77, of Ashton, IA, was driving a 1999 Freightliner semi-truck pulling a liquid fertilizer tank trailer northbound on Highway 60 when he reported the rear passenger side tires of the trailer started on fire. The fire likely started when the tire ruptured and became lodged between in the wheel wheel.

The Alton Fire Department was able to extinguish the fire and no injuries were reported.

The trailer sustained approximately $5,000 in damage. 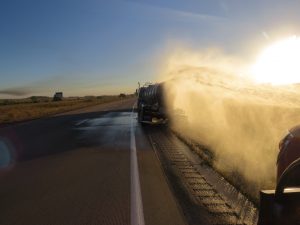 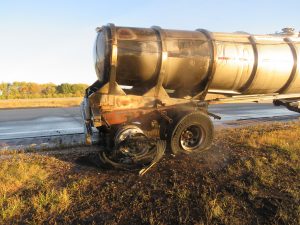