The arrest stemmed from a report of someone sleeping in the ditch along Highway 75, three miles south of Sioux Center, IA.

Upon further investigation, deputies discovered that Catlette, the person who had been sleeping, was intoxicated.

Catlette was transported to Sioux County Jail where he was charged with public intoxication. 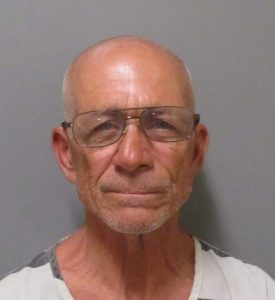