The arrest stemmed from the investigation a motor vehicle accident that occurred on Jackson Avenue, four miles south of Orange City.

Gutierrez was driving a 2001 Chevrolet Silverado pickup southbound on Jackson Avenue when he entered a curve, lost control of the vehicle entered the east ditch and rolled.

Deputies investigating the accident suspected that Gutierrez was under the influence of alcohol.

Gutierrez was transported to the Sioux County Jail where he was charged with operating a motor vehicle while intoxicated. 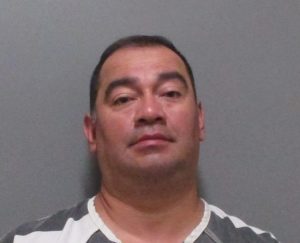