The arrest stemmed from an investigation that began earlier in April when a bank officer reported suspicious activity on two customer’s accounts. 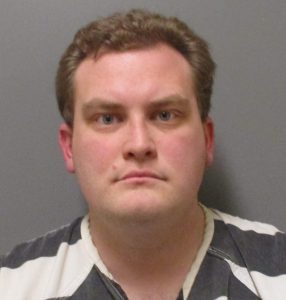