On Friday, April 15, at 8:09 p.m., the Sioux County Sheriff’s Office investigated a motor vehicle accident that occurred at the intersection of Jackson Avenue (K-64) and 470th Street (B-58), one mile south of Orange City, IA.

The Freightliner sustained approximately $1,500 in damage. Damage to the Ford was estimated a $15,000.

Cordero-Mayca was arrested and transported to the Sioux County Jail where he was charged with failure to obey a stop sign, providing false identification information and possession of fictitious driver’s license. 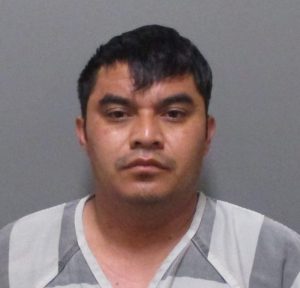