The arrest stemmed from a motor vehicle accident that occurred on Highway 60, four miles southwest of Orange City, IA.

Friessen was driving a 2018 Toyota Sienna minivan northbound on Highway 60 when he lost control of the vehicle, entered the ditch, struck a field driveway embankment and rolled.

Friessen was transported by the Orange City Ambulance to Orange City Area Health for treatment of minor injuries.

Upon further investigation, deputies suspected that Friessen was under the influence of drugs.

After Friessen was released from medical treatment, he was transported to the Sioux County Jail; while entering the sheriff’s office, Friessen dropped a small bag of what was believed to be methamphetamine. 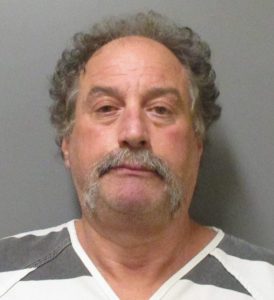