The arrest stemmed from a report of a motor vehicle accident that occurred on 390th Street, two miles west of Sioux Center, IA.

At around 10:15 p.m., Haverhals was driving a 2014 Ford Mustang westbound on 390th Street when he lost control of the vehicle, entered the south ditch and rolled.

Haverhals and a passenger were both transported by the Sioux Center Ambulance to Sioux Center Health for treatment of their injuries.

The Ford sustained approximately $20,000 in damage.

Upon further investigation, deputies suspected that Haverhals was under the influence of alcohol.

After his release from medical care, Haverhals was transported to the Sioux County Jail where he was charged with operating a motor vehicle while intoxicated and failure to maintain control of a motor vehicle. 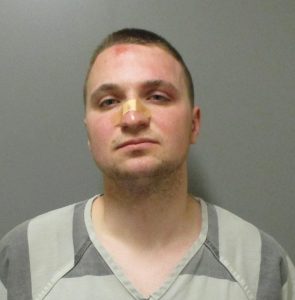