The arrest stemmed from a 9-1-1 report that Hernandez was violating a Court protection order by coming to the residence of the protected person. Hernandez left the area but deputies located him a short time later southeast of Hull. As he met a deputy, Hernandez failed to move to the side of the road and slow his vehicle when deputies signaled for him to stop.

Hernandez was transported to the Sioux County Jail where he was charged with violating a Court-ordered protection order and failure to yield to an emergency vehicle. 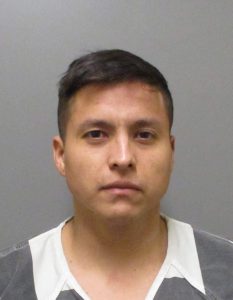