Deputies suspected Martin-Martin was under the influence of alcohol. Martin-Martin initially attempted to use the child to delay the investigation, and refused to release the child, but deputies were able to safely remove the child from him.

Martin-Martin was transported to the Sioux County Jail where he was charged with operating a motor vehicle while intoxicated, interference with official acts and neglect of a dependent person. The two-year old was taken into custody by the Iowa Department of Human Services and later released to the child’s mother.

The sheriff’s office was assisted by the Orange City Police Department and the Iowa Department of Human Services. 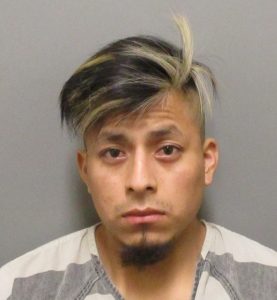