Harvard Sandbulte, age 59, of Sioux Center, was driving a 2015 International Prostar semi-truck pulling a flatbed trailer loaded with hay bales eastbound on 360th Street when he struck a northbound BNSF Railway locomotive in the railroad crossing.

The train consisted of two locomotives on the front, one on the rear and 103 loaded grain railcars.

Sandbulte was transported by the Sioux Center Ambulance to Sioux Center Health for treatment of minor injuries.

Sandbulte was cited for failure to stop at a railroad crossing. 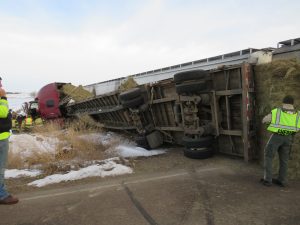 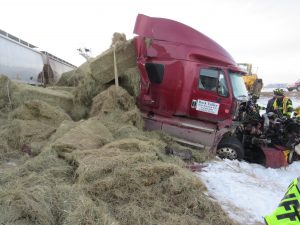 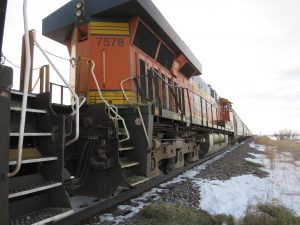 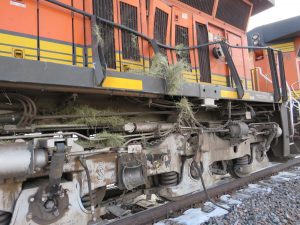