The arrest stemmed from a traffic stop that occurred on Highway 75, three miles south of Maurice, IA.

Upon further investigation, the deputy determined that Harrison’s driver’s license was suspended and discovered marijuana in his possession.

Harrison was transported to the Sioux County Jail where he was charged with operating a motor vehicle with a suspended driver’s license and possession of a controlled substance. 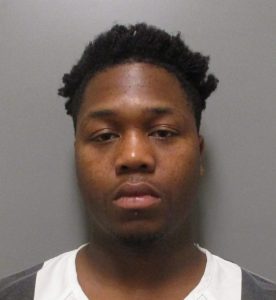