The arrest stemmed from an investigation into a report to the sheriff’s office from Orange City Area Health stating that an 11 month-old child who was was brought there for medical attention for a dislocated elbow. Upon further investigation, the examination revealed several additional fractures to the child’s arm.

Fivecoate-Champion, the child’s mother, initially reported that the child fell in a crib with the arm between the crib rails, causing the injury.  A medical evaluation performed at Sanford Children’s Hospital, in Sioux Falls, SD, revealed additional injuries that had occurred sometime within prior weeks to the dislocated elbow, indicating a pattern of abuse.

The sheriff’s office, after receiving reports from medical professionals involved in the case, determined the injuries to be inconsistent with Fivecoat-Champion’s explanation. 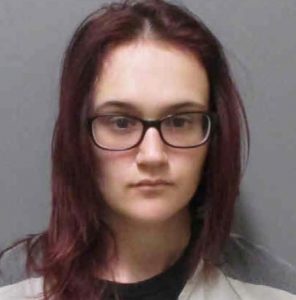