Van Den Berg was transported to the Sioux County Jail where she was issued a .02 violation (having a blood alcohol level between .02 and .08 and under the age of 21), charged with possession of alcohol under the age of 21, reckless driving and failure to yield to an emergency vehicle. 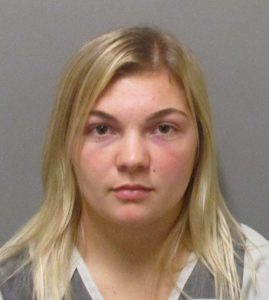