The arrest stemmed from a report of an assault that occurred inside a vehicle on Highway 75, one mile north of Sioux Center, IA.

Upon further investigation, deputies discovered that Felipe assaulted a victim and damaged a windshield of a Pontiac Grand Am the two were in. The victim reported minor injuries and declined further medical treatment.

Felipe was transported to the Sioux County Jail where he was charged with domestic assault and criminal mischief. 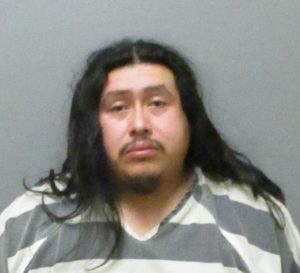