The arrest stemmed from an incident that happened earlier that same day when Deleon-Tavarez entered a residence in Granville, IA and assaulted a victim. The victim reported injuries and sought medical attention on their own.

Deleon-Tavarez was transported to the Sioux County Jail where he was charged with first degree burglary and serious domestic assault. 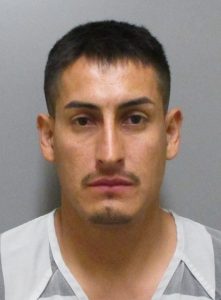