Alex Rozeboom, age 33, of Sioux Center, IA, was driving a 2017 Ford F-150 eastbound on 390th Street when she lost control of the vehicle and entered the north ditch.

The Ford sustained approximately $10,000 in damage.

Upon further investigation, deputies suspected that Rozeboom was under the influence of alcohol.

Rozeboom was transported to the Sioux County Jail where she was charged with operating a motor vehicle while intoxicated and failure to maintain control of a motor vehicle.

The sheriff’s office was assisted by the Hawarden Fire Department, Hawarden Ambulance and Hawarden Police Department. 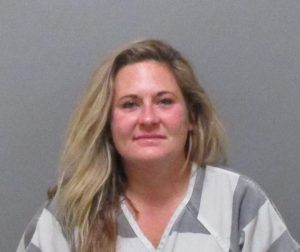