The arrest stemmed from a report from a citizen who noticed a vehicle parked in the Boyden Centennial Park in Boyden, IA, where they believed criminal activity had occurred in the past.

Deputies went to check on the vehicle and discovered three people in a vehicle; two juveniles and Serr. All of the occupants were under the age of 21 and in possession of alcohol. Serr was also in possession of a device used to smoke marijuana.

Serr was transported to the Sioux County Jail where he was charged possession of drug paraphernalia and possessing alcohol under the age of 21. One of the juveniles, a runaway from Forest Ridge Youth Services, in Gruver, IA, was transported by Juvenile Court Services to a juvenile holding facility; the other juvenile was released to their parents.

The case remains under investigation with the possibility of additional charges for the juveniles. 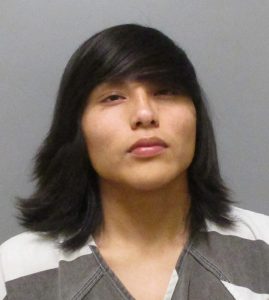