Elizabeth Blum, age 20, of Rock Valley, IA, was driving a 2007 Buick Rainier westbound on 360th Street when she failed to yield to a train traveling southbound on the BNSF Railway and the two struck in the railroad crossing.

The Buick sustained approximately $10,000 in damage.

Blum was cited for failing to stop at a railway crossing. 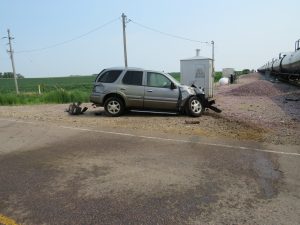 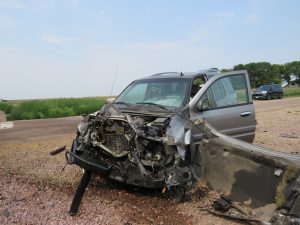