The arrest stemmed from a report of an assault that occurred at a residence on Walnut Street, in Hull, IA. Upon further investigation, deputies discovered that Mendez-Martin assaulted a female victim during a dispute.

Mendez-Martin left the residence after the assault and was located by deputies a short time later driving a vehicle on Chestnut Street. The victim refused medical attention. 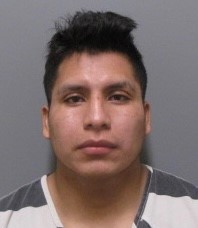