The arrest stemmed from a report of an accident that occurred on 300th Street, three miles east of Hull, IA.

Hinderks was driving a 2001 Dodge Grand Caravan eastbound on 300th Street when he lost control of the vehicle, entered the north ditch and rolled; the vehicle came to rest in a farm field where it started on fire but Hinderks was able to exit the vehicle.

The Dodge sustained approximately $1,500 in damage.

Upon further investigation, deputies suspected that Hinderks was under the influence of alcohol and discovered alcohol in his possession.

Hinderks was transported to the Sioux County Jail where he was charged with operating a motor vehicle while intoxicated, person under the legal age in possession of alcohol, failure to provide proof of insurance and failure to maintain control of a motor vehicle. 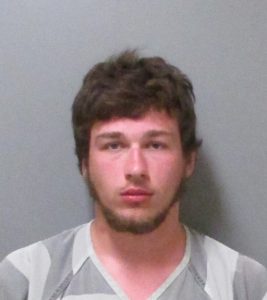