Detention Officer Sergeant Charley Dibbet was promoted to the rank of jail Lieutenant.

Dibbet was appointed to the position of Detention Officer (Jailer) at the Sioux County Sheriff’s Office in January of 2015 by Sheriff Dan Altena; he was promoted to Sergeant in June of 2017.

Jail Commander Davis De Jong said, “Dibbet has shown great leadership abilities and is well respected by his co-workers; he has really stepped up in times where his abilities were needed and demonstrated that he is very deserving of this promotion.” 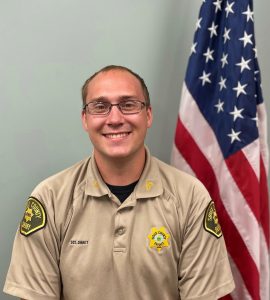