The arrest stemmed from a report of a disturbance that occurred at a residence on 440th Street, one mile north of Alton.

Upon further investigation, deputies discovered that Van Der Linden handled a firearm in a reckless manner in the presence of a child during the disturbance.

Van Der Linden was transported to the Sioux County Jail where she was charged with child endangerment. 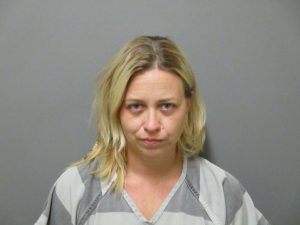