Deputy Sheriff Caleb Haverdink was promoted to the rank of patrol sergeant on June 1, 2021.

Haverdink was appointed to the position of deputy sheriff at the Sioux County Sheriff’s Office in April of 2007 by Sheriff Dan Altena.

Captain Jamie Van Voorst said, “Haverdink has shown great leadership abilities and is well respected by his co-workers; not only here at the sheriff’s office, but also with the numerous area law enforcement agencies. Deputy Haverdink has demonstrated an attitude of, “helping others first.” We are confident he will continue to carry this out in his new position.” 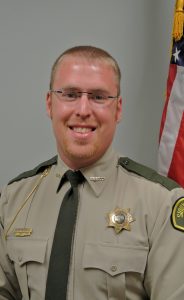