The arrest stemmed from a traffic stop that occurred on Highway 75, two miles north of Maurice, IA.

Upon further investigation, the deputy determined that Arias’ driver’s license was barred and discovered Woodbury County had an outstanding warrant for Arias’ arrest.

Arias was transported to the Sioux County Jail where he was  charged with operating a motor vehicle with a barred driver’s license and held on the arrest warrant. 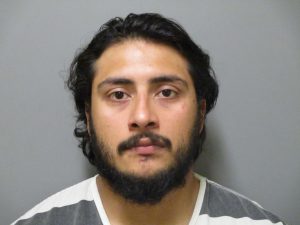