The arrest stemmed from a report of a disturbance that occurred at the Perdue Premium Meat Company, 4241 Highway 75, two miles south of Sioux Center, IA.

Upon further investigation, Ortega Morales assaulted another female victim. Both Ortega-Morales and the victim were contracted employees of QSI.

Ortega-Morales was transported to the Sioux County Jail and charged with assault. 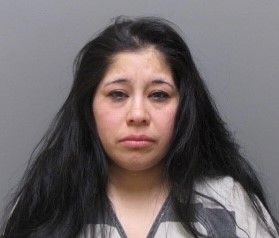