Nicholas Harper, age 32, of Portsmouth, VA was driving a 2010 Ford F-350 pickup northbound on Highway 60 when he drove off the west side of the roadway, overcorrected and lost control of the vehicle; the Ford rolled, coming to rest on its side on the roadway.

Patrick Kapa, age 26, of Sheldon, IA, came to the scene of the accident, attempted to remove Harper from the area and interfered with the accident investigation.

Harper was transported by the Hospers Ambulance to Orange City Area Health; he was later transported to Mercy Hospital in Sioux City, IA for further medical attention.

The Ford sustained approximately $35,000 in damage.

Kapa was arrested, transported to the Sioux County Jail and charged with interference with official acts.

The accident remains under investigation with the possibility of additional charges. 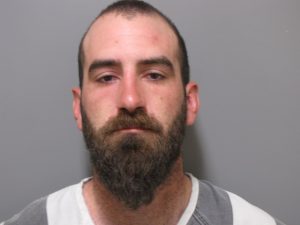