Joshua Sievers, age 41, of Le Mars, IA was driving a 2004 John Deere 6420 farm tractor southbound on Highway 60. Jodie Huju, age 26, of Sioux City, IA was driving a 2009 Kia Sorento southbound on Highway 60 behind Sievers when she struck the John Deere on the roadway. After the accident, Sievers was ejected from the tractor and the tractor came to rest on its side on the roadway.

Huju was cited for following too close. 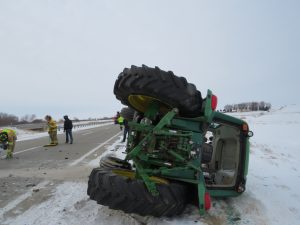 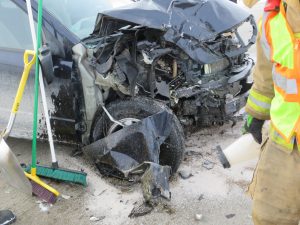