The arrest stemmed from a search warrant that was conducted at Hansen’s residence, 203 Cedar Street, in Hospers after deputies received information that a firearm was being kept at the residence. Hansen is a convicted felon prohibited from owning or possessing any firearms.

Upon further investigation, deputies discovered an AR-15 rifle that was hidden beneath sheetrock in a wall inside of the residence.

The case is also the result of an ongoing investigation that began in February, 2019, where Hansen became a suspect in possessing five pounds of methamphetamine that was discovered during a search warrant of a former Orange City business, Orange City Seamless Gutters.

The case remains under investigation. 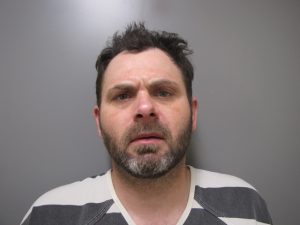