The arrest stemmed from a traffic stop that occurred on Hickory Avenue, two mile south of Hull, IA.

Upon further investigation, the deputy determined that Maralez-Sandoval’s driver’s license was revoked and discovered there were several valid arrest warrants for him.

Moralez-Sandoval was transported to the Sioux County Jail on the arrest warrants; additionally, he was charged with operating a motor vehicle with a revoked driver’s license. 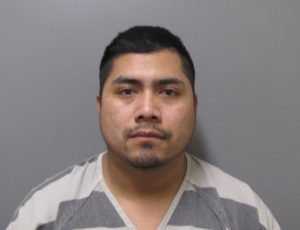