On Tuesday, January 6, at 3:41 p.m., the Sioux County Sheriff’s Office investigated a motor vehicle accident that occurred at the intersection of Hickory Avenue and 410th Street, one mile east of Sioux Center, IA.

Westerbeek was transported by the Sioux Center Ambulance to Sioux Center Health for treatment of his injuries.

Engeltjes was cited for failure to yield to a vehicle on the right and operating a vehicle with expired registration. 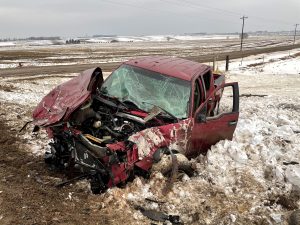