The arrest stemmed from an accident that occurred on a residential driveway on Highway 75, two miles north of Sioux Center when Van Essen was backing a 2003 Mercury Sable on the driveway, sideswiped a parked 2004 Audi and fled the area. Several witnesses followed Van Essen for six miles until the Mercury became disabled due to a mechanical failure. Van Essen attempted to run away from the people following him but was detained by them until officers arrived.

Both vehicles sustained approximately $2,000 in damage.

Upon further investigation, deputies suspected Van Essen was under the influence of alcohol and determined his driver’s license was barred. 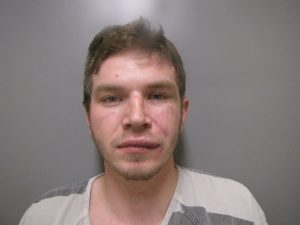