On Tuesday, November 10, at 4:11 p.m., the Sioux County Sheriff’s Office investigated a report of a school bus accident that occurred on 390th Street, five miles west of Sioux Center, IA.

Duane Ver Mulm, age 62, of Rock Valley, IA was driving a 2009 Freightliner Thomas 59 passenger school bus westbound on 390th Street when he lost control of the vehicle and entered the south ditch where the bus rolled onto its side.

The bus was transporting 12 students of the Hull Protestant Schools/Trinity Christian High School and no injuries were reported.

The bus sustained approximately $20,000 in damage.

Ver Mulm was cited for failure to maintain control of a motor vehicle. 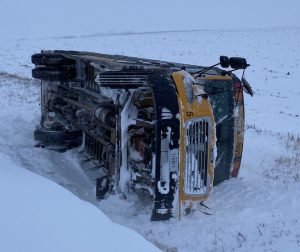 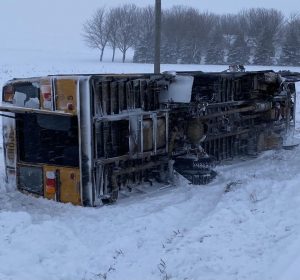