The arrest stemmed from a motor vehicle accident that occurred following multiple reports of a Jeep driving dangerously and traveling southbound in the northbound lanes of Highway 60, one-quarter mile south of Hospers, IA.

Partida-Hernandez was driving a 2004 Jeep Grand Cherokee southbound in the northbound lane of Highway 60. Richard Wagner, age 65, of Laurel, DE, was driving a 2021 Kenworth semi-tractor-pulling a freight trailer northbound on Highway 60. The two struck, Partida-Hernandez left the location of  where the accident occurred but was located shortly after by deputies in Hospers.

Deputies suspected that Partida-Hernandez was under the influence of alcohol. 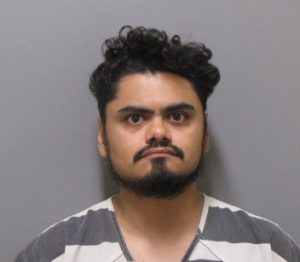