The arrest stemmed from a report of a vehicle in the ditch on Eagle Avenue, one-quarter mile south of Ireton, IA.

Upon further investigation, deputies discovered that Rich had been driving a 2001 Nissan Maxima southbound on Eagle Avenue when he lost control of the vehicle, entered the west ditch and struck an embankment.

Deputies suspected that Rich was under the influence of alcohol.

Rich was transported to the Sioux County Jail where he was charged with operating a motor vehicle while intoxicated and unlawful possession of a prescription medication.

On Thursday August 6, 2020 at around 9:52 pm, the Sioux County Sheriff’s Office investigated a single vehicle accident, one quarter mile south of Ireton on Eagle Avenue. 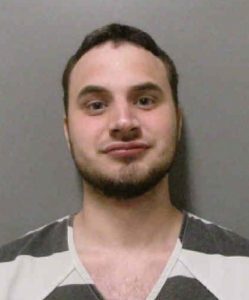