The arrest stemmed from the investigation  that began on Monday, July 27, following a report of assault that occurred on a parking lot south of Sioux Center.

Ramos-Morales was transported to the Sioux County Jail where he was charged with willful injury.

On Monday, July 27, at 6:55 a.m., the Sioux County Sheriff’s Office investigated a report of assault that occurred in the parking lot of Perdue Premium Pork, 4241 Highway 75, one mile south of Sioux Center, IA.

Upon further investigation deputies discovered that Noe Ramos-Morales, age 29, of Sioux Center, IA assaulted a male victim in the parking lot. Ramos-Morales then left the area in a maroon 2011 Kia Sorento, Minnesota license plate DWR 210 and was not located.

Ramos-Morales also uses the names of Omar Morana and Victor Martin and is known to frequent the Worthington, MN area.

If you know the whereabouts of this individual you are asked to contact the sheriff’s office. 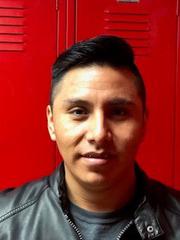