The arrest stemmed from a traffic stop that occurred on Highway 60, Alton, IA.

Upon further investigation, the deputy determined Rutledge’s driver’s license was not valid, suspected she was under the influence of drugs and discovered illegal drugs in her possession. 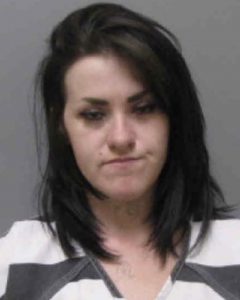