The arrest stemmed from a report of a disturbance that occurred earlier outside of a business in Sioux Center, IA. Following the dispute, Chinn and others left the area in a vehicle and were not immediately located.

Later, a deputy sheriff located the vehicle and stopped it at the intersection of Harrison Avenue and 330th Street, two miles southwest of Hull.

Upon further investigation it was determined that no assault had taken place in the earlier disturbance. The deputy later discovered drug paraphernalia in Chinn’s possession.

Chinn was transported to the Sioux County Jail where she was charged with possession of drug paraphernalia. 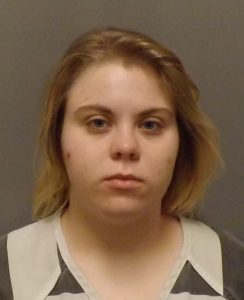